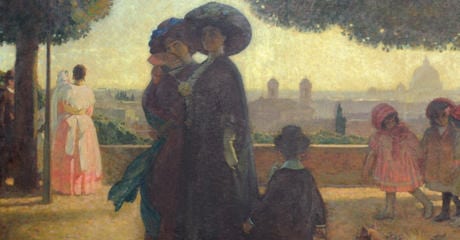 The exhibition has the main focus mostly on the Italian painters from northern Italy, from the Piedmont, Lombardy, Liguria and Veneto regions. In the late 19th century and in the beginning of the 20th century the main genre of painting was landscape and at the exhibition you can have a closer look on the nicest landscape paintings. At the exhibition visitors can also explore the different Italian painters and their most outstanding and most beautiful art works. The exhibition the Nineteenth-Century Artists: Themes and New Discoveries is shown at the Galleria d’Arte Moderna in Rome. The exhibition is on display from 7th November in 2014 until 14th June in 2015. The museum is open from Tuesday to Sunday from 10 in the morning until 6.30 in the and it is closed on Mondays. The entrance fee for adults is € 7.50.

For more information on the exhibition and the museum check the official site.