In year 79 an enormous earthquake, and later a big Vulcan eruption from the Vesuvius volcano buried the cities of Pompeii and Herculaneum totally. We can say that Pompeii was lucky, because it was not destroyed by lava, but the city was simply buried in six metres of ashes. Because of this the city was never destroyed, so as they discovered the city in 1784 and started digging, a totally authentic Roman city was found. A visit to Pompeii will therefore give you insight in the daily life of a Roman two thousand years ago, very interesting!

Today the cities of Pompeii, Herculaneum and Torre Annunziata have been added to the UNESCO World Heritage Site list, and we warmly recommend a day trip to Pompeii for those interested.

Pompeii is located quite far away from Rome, so you need to plan for the program to last for an entire day. The city of Pompeii is though very close to Naples, so if you have the time, why not visit Naples as well, and in the city museum you can see even more objects from Pompeii exhibited. 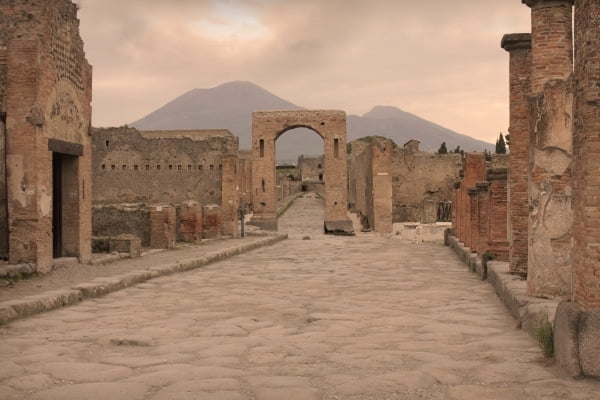