Rome has several important piazzas, or squares, and here we describe some of those worth checking out while in the Italian capital. 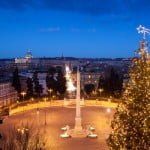 This square was in the old days called the “Gate of Rome.” The pilgrims came to the city through this square and the travel went on at one of the three main roads going from the square. At the square you can today see several fountains, a church and in the middle of the square an obelisk. The obelisk was brought to Rome by Augustus long time ago, and it was moved to its current location at Piazza del Popolo at the end of the 16th century. 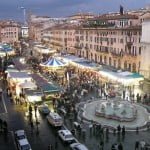 Piazza Navona is a special square in Rome with an oval shape. In the old days a large theater could be found here, and later on big markets and celebrations where held here. Three beautiful fountains can be seen at the square, and one of them is a work of Bernini himself. Today visitors drop by Piazza Navona to drink a cup of coffee, eat some Italian food or maybe visit the nice Baroque church at the square.

Piazza Venezia is a great square with a nice location, just by the famous National Monument to Victor Emmanuel II (Monumento Nazionale a Vittorio Emanuele II). In addition the square is near the Forum Romanum and it is just by the foot of the Capitoline Hill. You will probably visit this square while in Rome, if you want to, or not!