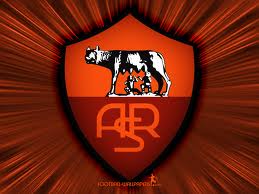 AS Roma will play in the Champions League in 2014 and they will meet some really nice teams; Manchester City, Bayern Munich and CSKA Moscow. This is a really tough group, but it makes a lot of fun when some of the best teams in the world will come to Rome to play against our heroes.

The three matches to be played in Rome are:

All these matches will be played at the Olympic Stadium in Rome, and if you want to be at any of the matches you can buy tickets online at WorldTicketShop. You will find the link to buy the tickets a bit further down.

We are really exited about these teams coming to Rome, and even more the fact that it will bring tens of thousands of tourists to Rome coming to follow their favorite team, or using the Champions League matches as an excuse to visit the most beautiful and romantic city in the world, Rome!

One great thing is that these matches are all in the autumn, meaning that the temperatures in Rome will be nice and not as hot as on a very hot summer day. So, you do not need to fear the heat, the only thing to fear is the fact that you will fall completely in love with Rome!

If you want to read more about other activities and programs in Rome, read the different articles here in our Rome Guide.