Ennio Morricone fans in Rome have something to look forward to this autumn as the legend himself will perform three days in a row in the Auditorium Parco Della Musica.

Ennio Morricone is a legend in the music industry, and even though he isn’t exactly a youngster anymore, he still has a name, a talent and a charm that brings thousands of people to his concerts every year.

On October 5th, 6th and 7th he will perform in Auditorium Parco Della Musica in Roma and you can of course be there and listen to his music if you are interested. Tickets can be bought several places, so you can either do a quick Google search on the topic or find some other way to buy tickets if you are interested. You can also buy tickets for the Ennio Morricone concerts in Rome from Viagogo.

You can read more about Rome here in our travel guide and if you should have any comments or questions just use the comment field beneath this text. 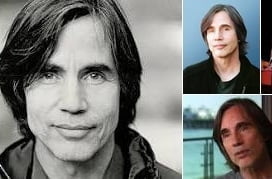 Good news for the Jackson Browne fans in Italy because Browne is back on the road with his new world tour since the beginning of 2015 and one of the stops will be Rome.

Jackson Browne is an American singer, songwriter and musician. The most notable songs of Browne are ‘These Days’, ‘Running on Empty’, ‘Somebody’s Baby’, ‘Doctors My Eyes’, ‘For a Rocker’, ‘Lawyers in Love’, ‘Take It Easy’ and ‘The Pretender’.

For more information on the tickets and prices check the following site: WorldTicketShop

Björk is back with a new album and a world tour since the beginning of 2015 and on this occasion Björk will be on stage in Rome as well.

Björk is an Icelandic singer and songwriter who became popular as the lead singer of the rock band The Sugarcubes. Björk started her solo career in 1993 and her first album was Debut which is one of the first albums that brought electronic dance music into mainstream pop. Björk best songs and number one hits were Birthday, Come to Me, Hyperballad, Jóga, Unravel, New World, Cocoon, Who Is It?, Oceania feat Kelis, Earth Intruders and so on.

So Björk are back with a new studio album and also with a new concert tour in 2015. The Icelandic singer’s new album the Vulnicura is the ninth studio album of Björk which she released in January 2015. The concert tour which will support Björk’s latest album started in the beginning of March 2015 in the United States. Later the singer will perform in Europe too including Rome as well. In Rome the concert will take place at the Auditorium Parco della Musica on the 29th July 2015. Tickets for the concerts are already available.

If you want to be there, you can buy tickets from: WorldTicketShop.