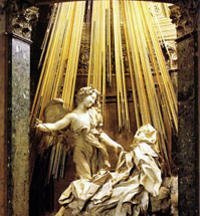 
During the Angels and Demons tour in Rome you will visit famous spots in Rome also described in both the book and the film such as St. Peters square, Piazza Navona, St. Maria del Popolo, Castle of the Holy Angel and several other spots. The tour starts at 9.30 in the morning and this is a faboulous way to get some more insight in the book and of course in the history of the Illuminati and more.

Sounds interesting? Read more about the tour and book it at Viator!