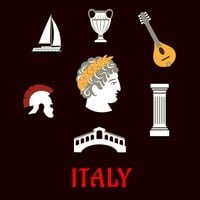 For many people coming to Rome to visit the city and see the beautiful attractions and to experience the cool activities it has been very sad to notice that they could not watch a House of Cards episode on their laptop in the hotel room after a long day walking the streets of Rome. But, as of October 22nd this will change, because then Netflix will become available to all regions and cities in Italy. You can then sign up for Netflix and start watching all the Netflix productions available and also lots of films and other TV series. There will of course be some content that is available in other Netflix regions that will not be available in Italy, but that is the way Netflix works and that is why many people use so called region changers to be able to jump between Netflix regions.

But let us simply say hurrah for the fact that Netflix will come to Italy in a few days and that the waiting time for millions of Italians is over!