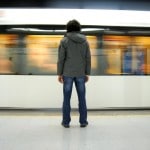 The public transportation in Rome works nicely and will normally get your wherever you would like to go. The most important way of traveling is the metro (see metro map), and the two metro lines works efficiently and nice. If you would like to use the buses or the trams in addition to the metro, these can also be used if you buy the single tickets, day cards or similar tickets/travel passes.

If you decide to travel with single tickets in Rome you need to validate the ticket upon first use, and after that the ticket is valid for 100 minutes. If you start your trip on a bus or with tram you need to revalidate your ticket as you enter into the metrosystem. You are allowed to use both metro lines with one ticket (thus changing lines on Termini), but you are not allowed to leave the metrosystem and later return back (even though if you are within the 100 minutes).

The day ticket is valid from validation until 24.00 on the same day (thus not valid for 24 hours, but only until midnight).