Italy will play against Switzerland at the Olympics Stadium in Rome on the sixteenth of June. This will be the last match of the day in the European Championship in football and it will start at 21.00. Are you eager to watch Italy – Switzerland? Do you believe Italy will win the match easily, or do you think Switzerland with their skills and their discipline will be able to stop the Italian team?

Before Italy will play against Switzerland on the sixteenth of June, Finland will play against Russia (a match in Group B), and Wales will play against Turkey (the second match in Group A). Based on the results of the first match of the teams, it might be that Italy and/or Switzerland will know that a win in this match should be able to secure them a place in the knockout stage of the tournament. But, if things are bad, one of the teams might need a win in this match to even have the slightest chance of qualifying for the knockout stage.

No matter what, this match is set to be incredibly interesting!

The match will be played at the Olympic Stadium in Rome

This match will be played at the Olympics Stadium in Rome. The stadium has a capacity of close to 70,000 spectators, but it will only be filled to 25% during the Euro 2020 matches because of Covid-19 regulations. If you are unable to be there in person, make sure to find a TV channel in your country that will broadcast the match. You can also find information about how you can stream the European Championship in football online right here.

In order to enter the venue, all specators need to have a proof of vaccination or a proof of a recent negative PCR test.

If you have some time before or after the match, make sure to look around in our Rome Guide for more information about attractions, activities, museums, and other things worth checking out while in Rome. 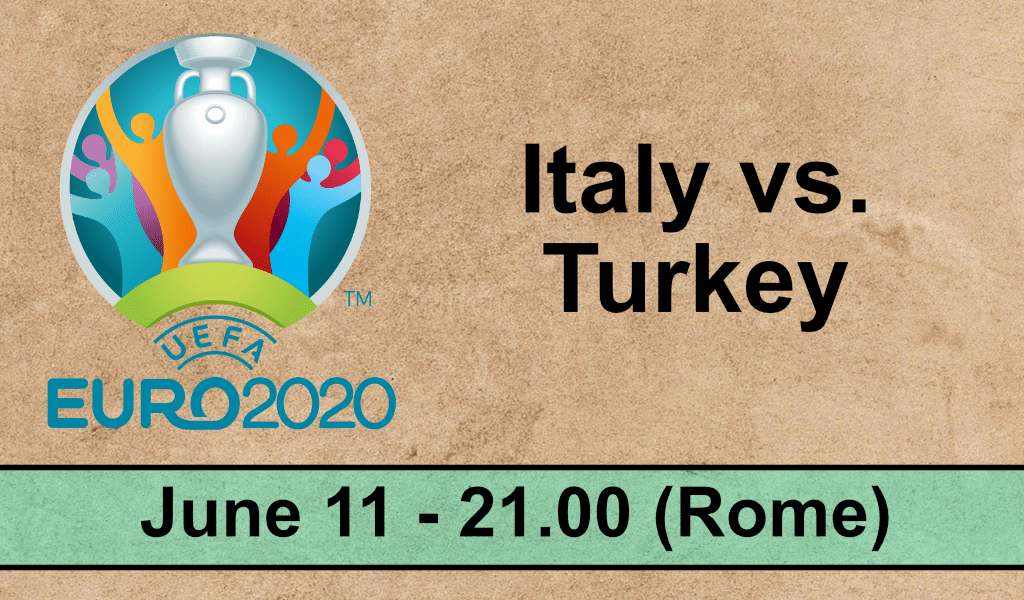 The opening match in the European Championship in football will be played at the Olympics Stadium in Rome on the eleventh of June in 2011. The match will start at 21.00 and it will be the start of what we hope will be one month of fantastic football matches all across Europe. This is only one out of four matches that will be played at this stadium during the European Championship, but hopefully, it will be a venue that will give Italy a great start on their first international tournament in a while!

Italy has a very solid team, and they come to the European Championship as an interesting team. Not many people expect Italy to win the tournament, but if they are lucky, then they might very well end up winning everything as well.

Even though the Olympic Stadium has space for more than almost 70,000 spectators, it will only be filled to 25% capacity during the European Championship because of COVID-19. The only stadium which will be used at 100% capacity is Puskas Arena in Budapest. That is, by the way, a very interesting stadium during the tournament, because that is where France will play against Portugal and also Hungary against Portugal and Hungary against France!

In other words, there will only be somewhere between 15,000 and 20,000 spectators actually watching the match between Italy and Turkey at the Olympic Stadium in Rome. But, the number of people who will watch this match online will be extreme. Since it is the opening match of the tournament, we do expect more than 100,000,000 people to watch the match in front of their screens and online.

What do you think about the tournament? Do you believe Italy has a chance to win the European Championship in football? Will they beat Turkey?