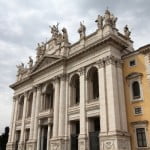 The Lateran Basilica is also known as San Giovanni in Laterano or the Archbasilica of St. John Lateran. This is the most important church in Rome, as this is the seat of the Pope. The church is one of the four Papal basilicas in Rome (the other three are: St. Peters Basilica, Santa Maria Maggiore and Saint Paul Outside the Walls). At the entrance of the church the following text can be seen: “Sacrosancta Lateranensis ecclesia omnium urbis et orbis ecclesiarum mater et caput.” The text means “Most Holy Lateran Church, of all the churches in the city and the world, the mother and head.” This text says a whole lot about the status of the church among Catholics and Christians around the world today.

The original work on the church was started by Emperor Constantine in the early 4th century, but what we see today as we visit the church is from the 14th century. There are beautiful chapels inside the church, and the nicest of them all is the Corsini chapel. There is also a beautiful garden belonging to the church that should be visited as you come to the church.

A special legend is connected to the grave of Pope Silvester II who is buried in the basilica. According to the legend the marble surrounding his bone sweat, and when a pope dies his bones start to make noise. The reason Pope Silvester II was buried here is that he said that he wanted to get buried wherever the horses brought his dead body, and of they went and they brought him to the Lateran Basilica. 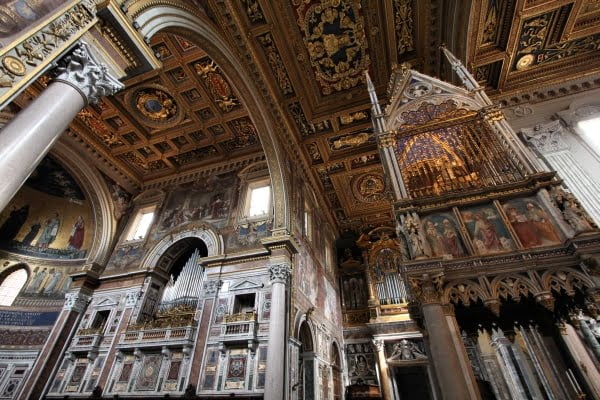